Lisa has long straight light brunnette hair. She has her mother's eyes and face, and her father's nose and hair color. Lisa wears a yellow strapless top with a white jacket, and light blue skirt. She aso wears light green pumps, and a braclet on her left wrist that her mother gave to her when she was a baby.

Lisa is quite cunning and smart, and can easily trick people. Even though she has a kind personality too, it needs some talking to bring it out of her. Her unfavourable traits may have come from her upbringing.

Due to Lisa's amnesia, no one knows her past, not even her.

Professor Layton and the Death PortalEdit

Lisa was born in Montdol to Professor Layton and Sharon Verdant. Soon afterwards, her parents split up, and Sharon left her with Layton, and soon, he left Montdol and met Claire . Lisa was given to her rich uncle to be looked after. Since he raised her from a young age, Lisa grew to be quite close to him. When she was old enough, she decided to start planning her revenge on her parents with her uncle, and also helped him invent the Jean Descole Persona.

As Janice was outside Gressenheller University, she saw Lisa sneaking around, taking photos of the group. When she was spotted, she ran off, and drove back to her mansion, and continued plotting her plan to change her parent's lives forever. Assisting her was Jean Descole, her uncle. Descole and Lisa wanted revenge; Lisa was mad that she was abandoned by her parents, Descole's reasons were unknown. So they set out to find an elixir, hidden in the ruins of Ambrosia, to close the Death Portal. But Layton, Janice and the others wanted it too. However, Lisa beat them to it, along with Descole, and her boyfriend Clive. Will she give it up and help save Claire, Sophia and Melina... ? 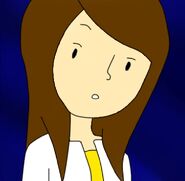 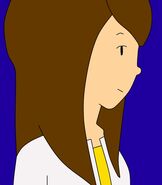 Concept one of Lisa

Concept two of Lisa
Add a photo to this gallery

Retrieved from "https://laytonocs.fandom.com/wiki/Lisa_Layton?oldid=7258"
Community content is available under CC-BY-SA unless otherwise noted.