Hannah is a kind girl who tries to be as kind as she can be. She may be brash when you first meet her, but she will warm up to you and be nicer. She has a habit if being reckless, often running off on her own, although she comes back mostly unscathed. She also knows a lot about her hometown, and normally helps out and visitors if they need her help in getting around. Being an archer, she also has good aim, though not so with moving targets. She is also scarred since the ship incident, and has a fear of fire, as well as traumatic seasickness.

• She is often reckless enough to run off and not return for at least a day.

• She is a bad liar, so it's easy to detect if she has something to hide.

• Her seasickness comes in when she has been at sea for a day and a half, since that was how long she had been on the ship when she was two.

• Originally, her name was Kristy Smith. However, it was changed, and Kristy became Kristen, her last name.

Born to Robert and Vanessa Kristen as Hannah-Rose Kristen, she lived a happy infant-toddlerhood until she was 2. The reason for this is while on a cruise with her parents, a fire occurred in the ship's kitchen, and it spread. Her parents got her into a life boat, and promised to see her soon. However, once the life boat was launched, the fire was too critical for anyone else to leave the ship. Her parents died in the following moments, and Hannah drifted to a town called Portwood, where she would live for a very long time.

Some years later, when she was 10 years old, Targent came into her town, and she suspected them of something, and followed them around, trying to find out. She proved herself right, as they were looking for an Azran artifact which can control time. The artifact was the "Tempus Key", part of the Time Quartet. She eventually exposed them, but in order to escape, Targent locked her in an old building and set it on fire. She escaped by jumping out a window into the ocean, then swimming back to shore. She has harbored a fear of fire since those two incidents, as well as a hatred for Targent since then.

She meets Layton and the gang in the Layton Life RP's "A Walk Through Time" in the Medival period, travelling with them all throughout the adventure. She also meets her future brother and sister during this adventure. Over the journey, one of the stops turns out to be Rose's hometown, Portwood in the past. There, she struggles to keep her identity secret because it could mess up the timeline. However, it is revealed right before the group gets sent to a future dominated by the the Azran, drastically changing her memories until she has amnesia. There, the group meets some of their alternate selves, including Hannah's parents, who died in the actual timeline. They reveal that Alternate Hannah is dead, and that Hannah's apperance in the timeline is messing the timeline up, causing the girl to disappear and turn into a ghost who has her memories back. After defeating Alternate Rothchild, the group goes back to our timeline and Layton and Claire get married. However, the matrimony happiness is cut short with a letter from a mysterious boy.

The next adventure, "The Fates Tome", involves Layton and the others, including Hannah, solving the mystery of the Fates Tome. At some point during the journey, she gets possesed by Rothchild, but is rescued and meets her parents' friend, Frances Alcove. Some time after this, she is kidnapped by Surkit, being on his list of "patients", nearly dying in the process, but ends up getting amnesia again due to her exposure of her fatal allergy; opium, which was in the sedative used on her. 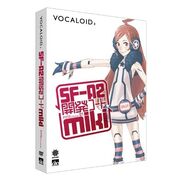