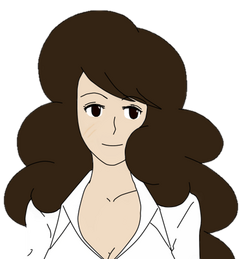 Reader (enemy)
Who knew I could put such a lovely redhead in such a predicament?"

In her late 20's, Emmy has dark brown hair that is long and wavy. She wears a white shirt dress with a black belt, black leggings and black heeled boots. She is also known to wear dresses when she goes out drinking.

This older version of Emmy has long since abandoned her ladylike ways in favour of "carrying on where [her] teenage self left off." Her jaded view on life means she isn't easily shocked and can be seen as difficult to get along with but she has a kind and caring nature that runs deep inside of her. She has a fiesty and seductive nature which others can find particularly intimidating because of her tendency to be unafraid of saying what's on her mind. Emmy's emotions are rather intense which works against her addictive personality and often results in her being hurt. She has a deep self loathing which is partly why she spends all her energy caring for the people she loves. 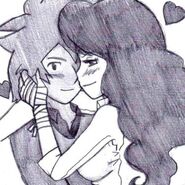 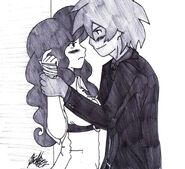 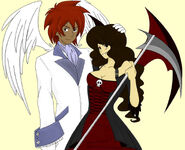 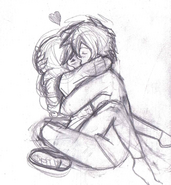 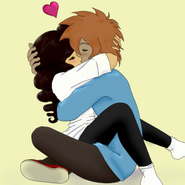 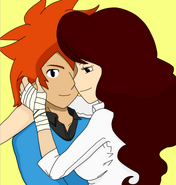 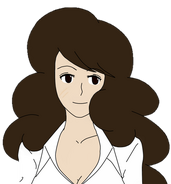 Add a photo to this gallery
Retrieved from "https://laytonocs.fandom.com/wiki/Emmy_Altava_(FCL)?oldid=6792"
Community content is available under CC-BY-SA unless otherwise noted.